The resurgence of the housing market has been a bright spot for the U.S. economy, contributing to employment, investment and overall growth. But by many measures it remains well below historical norms, highlighting the severity of the housing bust while also factoring into low inventories and rising prices.

Sales of existing homes rose to their highest level in more than nine years and prices climbed to a new peak in May, underscoring strong demand amid steady job creation and low interest rates.

But adjusted for inflation, prices remain well below their bubble-era peak, suggesting the market isn’t overheating. 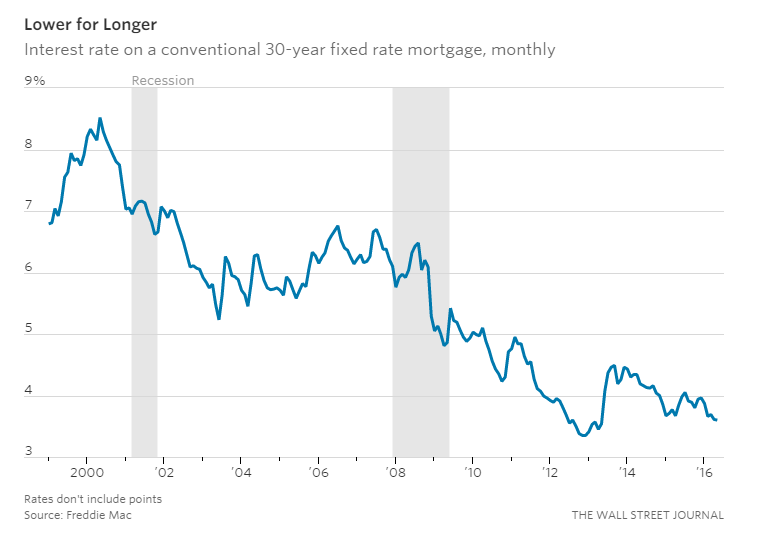 One reason home prices have been climbing is lack of supply. From 1970 until the end of 2000—a period that includes five recessions—starts on single-family homes averaged nearly 1.1 million a year. As of May, the rate was only 764,000. 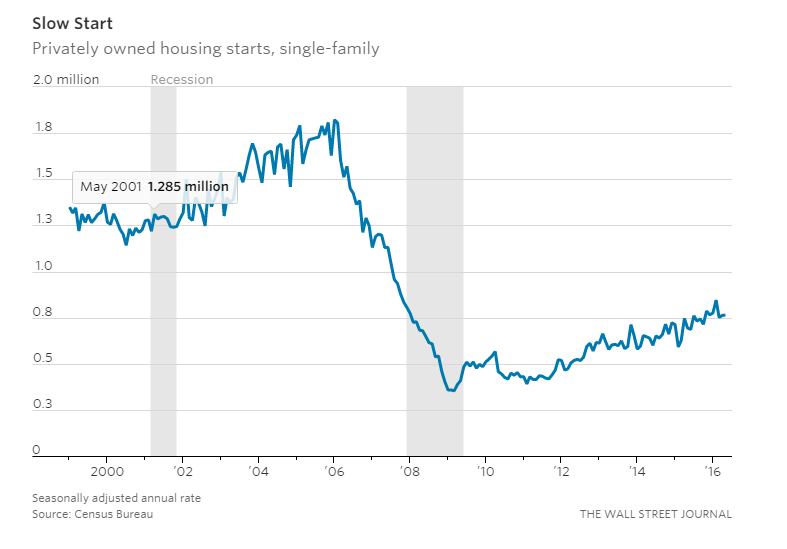 Investment in private, residential construction also is below historical norms, even in nominal dollars (not adjusted for inflation). While private spending on multi-family housing has surpassed its bubble-era peak, spending on single-family is still lagging. 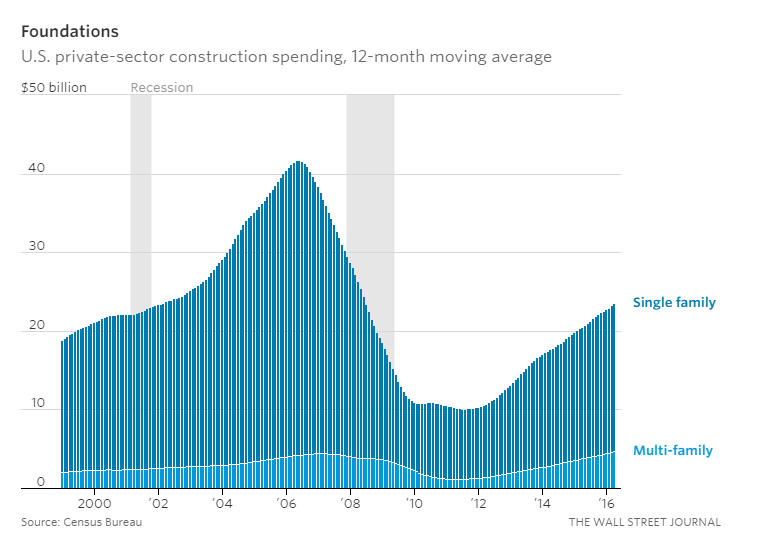 Builders also have been focusing more on bigger homes. Houses with more square feet and more amenities are more profitable, while also contributing to higher prices and leaving fewer options for first-time home buyers. From 1999 to 2015, the number of new, single-family homes under 1,400 square feet fell by 75%, while the number of new homes 4,000 square feet or more rose 22%. 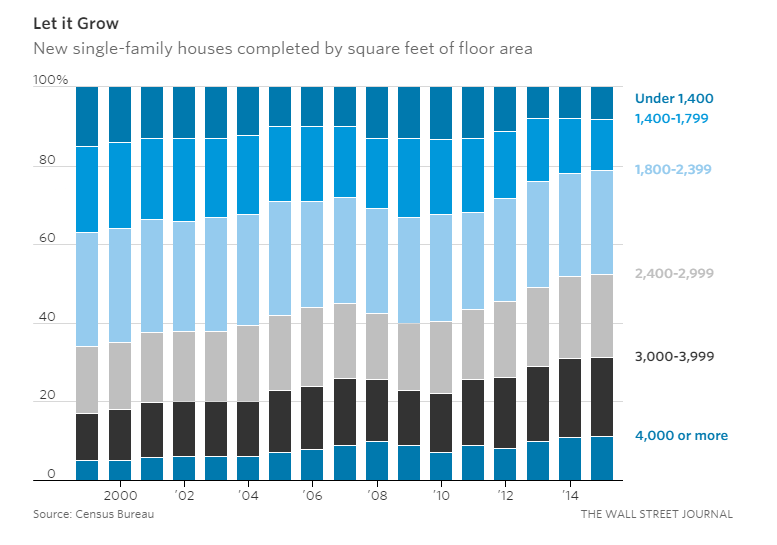 Clearly, there’s plenty of demand for homes as more people find jobs, millennials join the workforce and wages rise. But most new households have been renters in recent years, a sharp reversal from the years prior to the recession and a factor behind rising rents in many parts of the U.S. 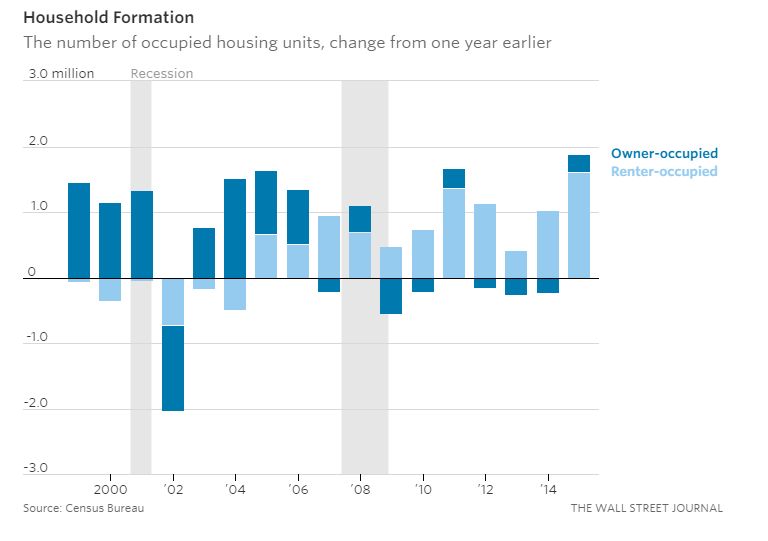 According to data released Thursday, purchases of new, single-family homes fell 6.0% from a month earlier to a seasonally adjusted annual rate of 551,000 in May, the Commerce Department said. 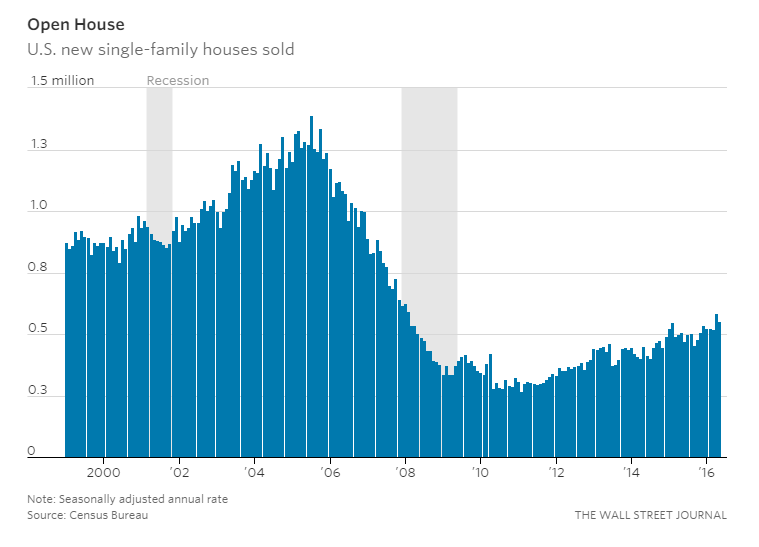 Finally, the revival of the housing market hasn’t led to a complete return of all the jobs the industry created at its (unsustainable) height. Employment among residential builders and contractors is about 25% below its 2006 peak, and many builders complain about a shortage of labor. 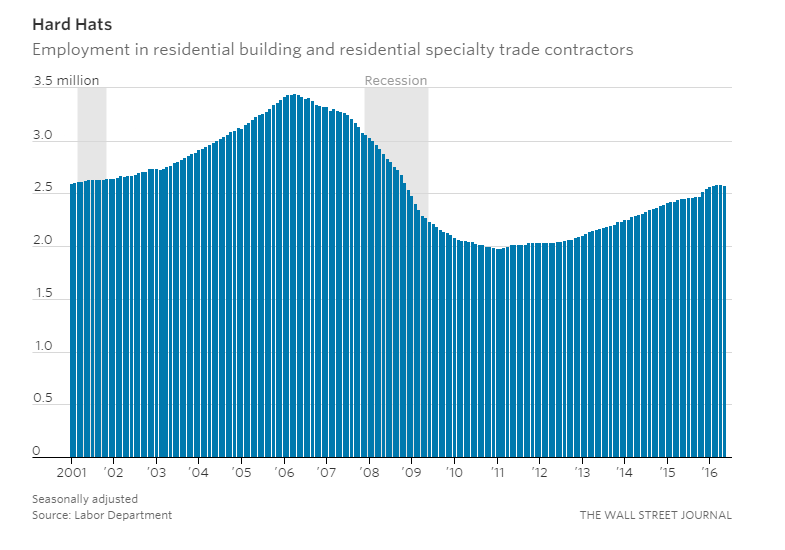 BUY or REFINANCE TODAY! RATES ARE AT AN ALL TIME LOW!

Click here to see what programs are offered at Sun American Mortgage Company and CALL today! 480-832-4343

Fill in your details and I’ll get you a free mortgage payment quote!

We’d love to hear from you!